Prince Edward Island National Park spans 60 km of the most impressive red sandy beaches that you will ever see. Let’s get RVing.

Prince Edward Island National Park is located on the north shore of Prince Edward Island and is made up of three unconnected sections- Greenwich, Cavendish-North Rustico, and Brackley-Dalvay. The park comprises four main ecosystems which it aims to protect- coastal, forest, freshwater, and wetlands. The park is famous for its red sandstone cliffs which can be seen from some of the many sandy beaches or the Gulf Shore Way, a 10 km (6.2 mi) paved path that follows the coastline along the Gulf of St. Lawrence, and is popular for walking and cycling. Follow hiking trails to explore the park’s sand dunes, coastal bays, beaches, woodlands, and wetlands. Visit lighthouses and some of the many national historic sites surrounding the park including the home of fictional Anne of Green Gables.

July and August are the park’s peak tourism months. Summer temperatures average between lows of 15°C (59°F) and highs of 23°C (73°F). This is the warmest time of the year making it a popular time to enjoy all of the incredible sand beaches in the park. The park offers full services during these months.

From September and October, the summer heat subsides and the leaves turn colours. September temperatures average between 11-18°C (52-64°F) and October cools down considerably and ranges between 5-12°C (41-54°C). Services in the park become limited in mid-October.

Winter in the park lasts from mid-November into March. Temperatures begin to fall below freezing in November and December but January and February are the coldest months of the year, with temperatures averaging between lows of -11°C (12°F) and highs of -3°C (27°F). All facilities close in the winter although the park does remain open to visitors. A section of the Gulf Shore Parkway and some parking lots will be cleared of snow by Parks Canada. Winter brings frozen beaches and snow-covered trails, this is a great time to visit for those looking for solitude and quiet beauty.

It’s always a good idea to start any National Parks trip with a stop at a visitor centre where you can speak to park rangers, watch the park film, purchase a daily or annual pass, or pick up gifts, maps, books, brochures, and backcountry permits. View exhibits on the area’s natural and cultural history such as the area’s fragile coastal dune system and more than 10,000 years of human habitation.

Getting To / Around Prince Edward Island National Park

Prince Edward Island National Park is divided into three different sections (Greenwich, Cavendish-North Rustico, and Brackley-Dalvay) which are separated by bays along the north coast of the island. The three regions of the park are not directly connected.

From Wood Islands Ferry Terminal – After taking the Northumberland Ferry to PEI, drive north 64km (40mi) for 53 minutes via Wood Islands Rd and Cardigan Rd to arrive at the Greenwich Interpretation Centre.

Coming from Wood Islands Ferry Terminal – After taking the Northumberland Ferry to PEI, drive northwest 89km (55mi) for 1 hour and 20 minutes via Trans-Canada Hwy/PE-1 W to arrive at the Cavendish Visitor Information Centre.

From Charlottetown – Follow Route 1 and exit onto Route 15 N (Brackley Point Road) and continue for 17km (11mi) to arrive at the Gulf Shore Parkway which extends for 12km (7.5mi) from Brackley to Dalvay.

Coming from Wood Islands Ferry Terminal – After taking the Northumberland Ferry to PEI, follow Route 1 W to Charlottetown, exit onto Route 15 N (Brackley Point Road) and continue for 17km (11mi) to arrive at the Gulf Shore Parkway which extends for 12km (7.5mi) from Brackley to Dalvay.

From Confederation Bridge – After crossing the Confederation Bridge to PEI, follow Route 1 E from Borden-Carleton to Charlottetown, exit onto Route 15 N (Brackley Point Road) and continue for 17km (11mi) to arrive at the Gulf Shore Parkway which extends for 12km (7.5mi) from Brackley to Dalvay.

Things to Do and Main Attractions

There are plenty of hiking trails for all skill levels in the park ranging from paved, easy interpretive walks to moderate hikes. Many trails in the park are wheelchair accessible. The Gulf Shore Way is the longest trail in the park. The paved trail is 10km (6.2 mi) following the gulf of St. Lawrence. This route is ideal for cyclists, strollers, and wheelchairs. The Farmlands/Bubbling Springs Trail is an easy interpretive loop trail that takes you past Long Pond and the foundation of an old homestead. Greenwich Dunes Trail takes you on an elevated boardwalk and floating bridge to see sand dunes and an incredible beach, and the Homestead Trail takes you in a loop past the bay, sand dunes, and farmland- both are rated moderate.

For an added challenge on your adventures, try to find the Park’s Canada red chairs! The park has placed six sets of red Adirondack chairs at various viewpoints throughout the park. Some will be easy to find and others will involve more of a challenge, but the scenic locations will be worth the effort!

Cycle the Gulf Shore Way, a paved, two-way path along the seaside. The path is mostly flat with some gentle hills. The trail will take you past the Covehead Lighthouse and many sandy beaches. It will also take you past the red cliffs of Cavendish, and the incredible sand dunes. Bikes can be rented in the surrounding communities. Mountain bikers can check out Robinson Island, a recent addition to the park. The Robinson Island Trail System (RITS) has 11 technical trails for beginner and intermediate bikers complete with ramps and teeter-totters.

Cavendish, Stanhope, Brackley, North Rustico, and Greenwich Beaches are some of the swimming beaches in the park that are supervised from the beginning of July until the end of August. Cavendish and Stanhope beaches have beach wheelchairs available by reservation.

PEI National Park is a paddlers paradise. There are not many long routes but that is made up for by the beauty and diversity of the scenery. Paddlers can launch in some ponds, the Gulf of St. Lawrence, and the Atlantic Ocean to explore. Kayaks, canoes, and stand-up paddleboards can be rented in the surrounding communities.

The Green Gables Golf Course was constructed in 1939 in the farmland that used to surround the Green Gables Heritage Site. Play 18-holes of golf around the migrating Cavendish sand dunes and enjoy views of the St. Lawrence River.

Walk across ice-crusted beaches, cross country ski, or strap on your snowshoes and continue to enjoy many of the park’s hiking trails.

Green Gables Heritage Place – Visit the 19th-century farm that was the setting of Anne of Green Gables, Canada’s most loved fictional character created by L.M. Montgomery. You can explore the inside of the house. When you are done inside stroll through the Haunted Woods and Balsam Hollow trails that were described in the book. 8619 Cavendish Rd, Cavendish, PE.

Dalvay-by-the-Sea National Historic Site – An estate overlooking Dalvay Lake and the Gulf of St. Lawrence which was once the summer home of an oil tycoon. The estate was built in the late 1800s and was designated a national historic site because of its national architectural significance as an example of the Queen Anne Revival Style. Today, the estate operates as a luxury resort with rooms for overnight guests and a dining room that is open to day visitors as well. 16 Cottage Crescent, York, PE.

Skmaqn–Port-la-Joye–Fort Amherst National Historic Site – The site commemorates the first permanent European settlement on Prince Edward Island. The French originally established the settlement in 1720 and it later fell to the British. View the ruins of the Fort and learn about the history between the Acadian, British, French, and Mi’kmaq peoples. 191 Hache Gallant Dr, Rocky Point, PE.

Province House National Historic Site – The building where the Legislative Assembly of Prince Edward Island has met since 1847 is known as the birthplace of confederation and is a Charlottetown landmark. Next door is the Confederation Centre of the Arts which houses the “Story of Confederation” exhibit and the award-winning film “A Building of Destiny”. 165 Richmond St, Charlottetown, PE.

Where to Stay in Prince Edward Island National Park

Cavendish Campground – A large, grassy campground overlooking the ocean and a white sand beach. Some sites are wooded and protected from the wind and others are beachfront.

Stanhope Campground – A wooded campground across the road from the ocean. Close to the amenities, entertainment, and restaurants in Stanhope.

oTENTik’s – These cabin/tent hybrids are perfect for those who want the camping experience without giving up any comfort. All oTENTik’s have heating, beds, and furniture for up to six people and are available for reservation.

Things to Remember While Visiting the PEI National Park

Looking for more articles like Prince Edward Island National Park? Check these out. 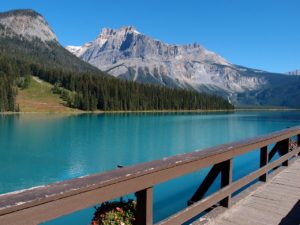 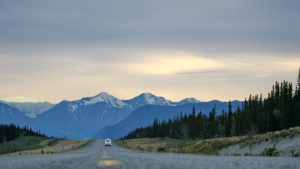 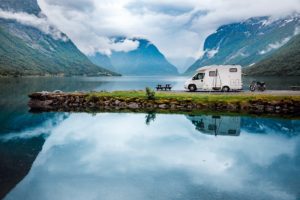